Bitcoin bulls have been trying to break above $10,000 for quite some time now. Back in February of this year, the bulls were comfortably trading in a strong uptrend and hit $10,500. Unfortunately, the fear due to the Coronavirus threat started spreading and Bitcoin was also hit.

Bitcoin crashed down to $3,700 on many exchanges and the dream to reach the ATH again started to seem like a dream more than ever.

Incredibly, the bulls managed to recover and have kept Bitcoin in an uptrend since the crash on March 12. Two weeks ago Bitcoin hit $10,067 briefly before crashing down to $8,117 in the next 3 days.

There is a positive factor for the bulls though. Every single rejection was followed by a weak bearish continuation. It seems that the bears are not interested in taking over even after 3 consecutive rejections from $10,000. Normally, after huge rejections, bears take over and Bitcoin enters a daily downtrend.

There is clearly a lot of uncertainty among traders. Bitcoin has been trading inside a tightening pattern on the daily chart with a clear lower high now at $9,950 and a low of $8,117 and a possible higher low at $8,815. 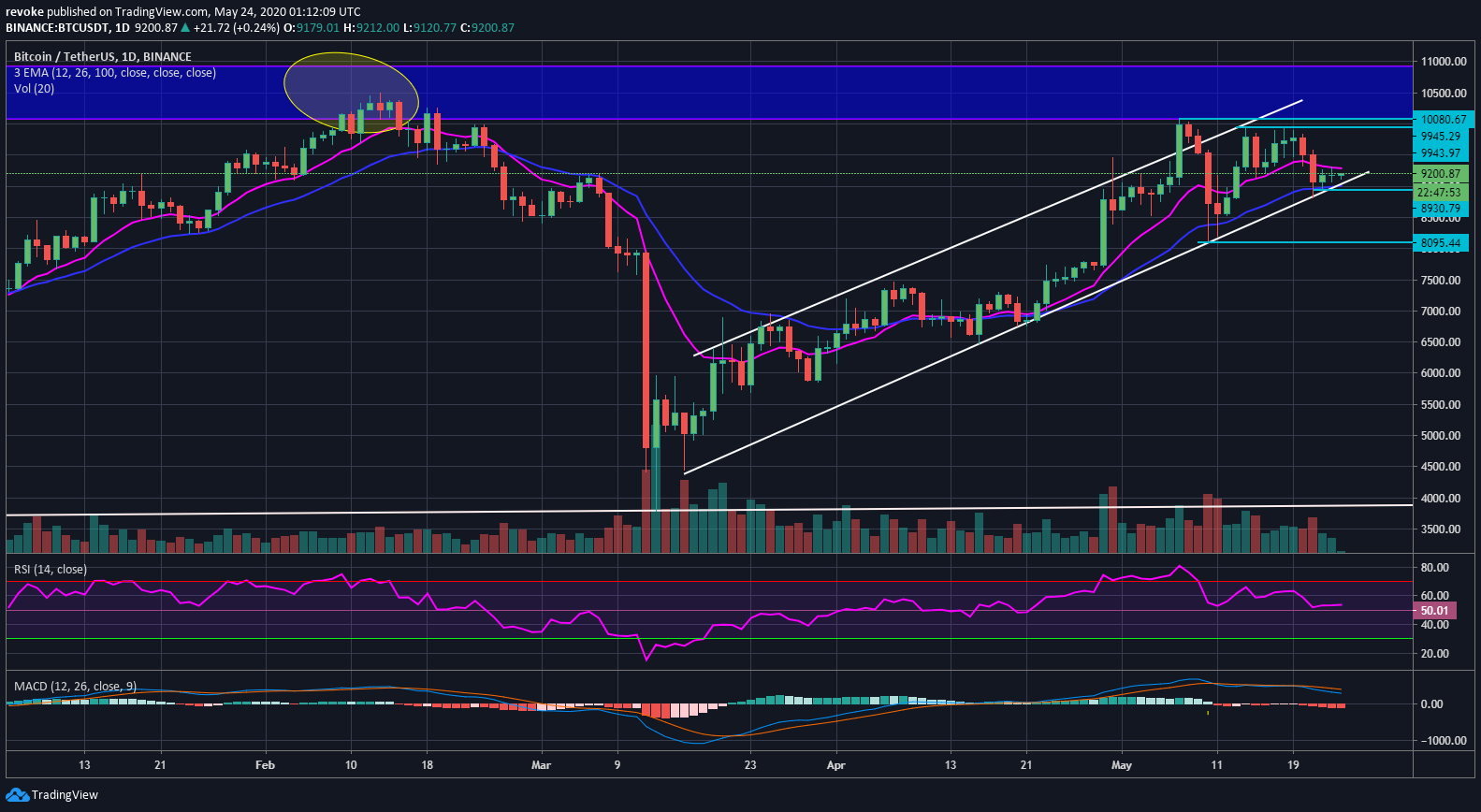 This equilibrium pattern could continue for the next 2 weeks before a clear break as trading volume continues declining every day.

Bulls have been able to hold the daily 26-EMA but Bitcoin is trading below the 12-EMA. Bitcoin is also trading inside a daily ascending channel valid since basically its crash on March 12.

Bitcoin has touched the lower line of this channel plenty of times and managed to break above it briefly when it hit $10,000. If the bears can see a break below this channel and below $8,815, it will most likely be the end for the bulls in the short-term.

Grayscale, one of the biggest Bitcoin trust funds in the world, continues buying Bitcoin and has amassed more than 60,000 Bitcoins this year and it’s now worth more than $3 billion at current market prices.

The average weekly investment in Bitcoin has been around $30 million. This clearly shows that institutional interest in Bitcoin is still growing even though its price has been stagnant for the past 3 weeks.